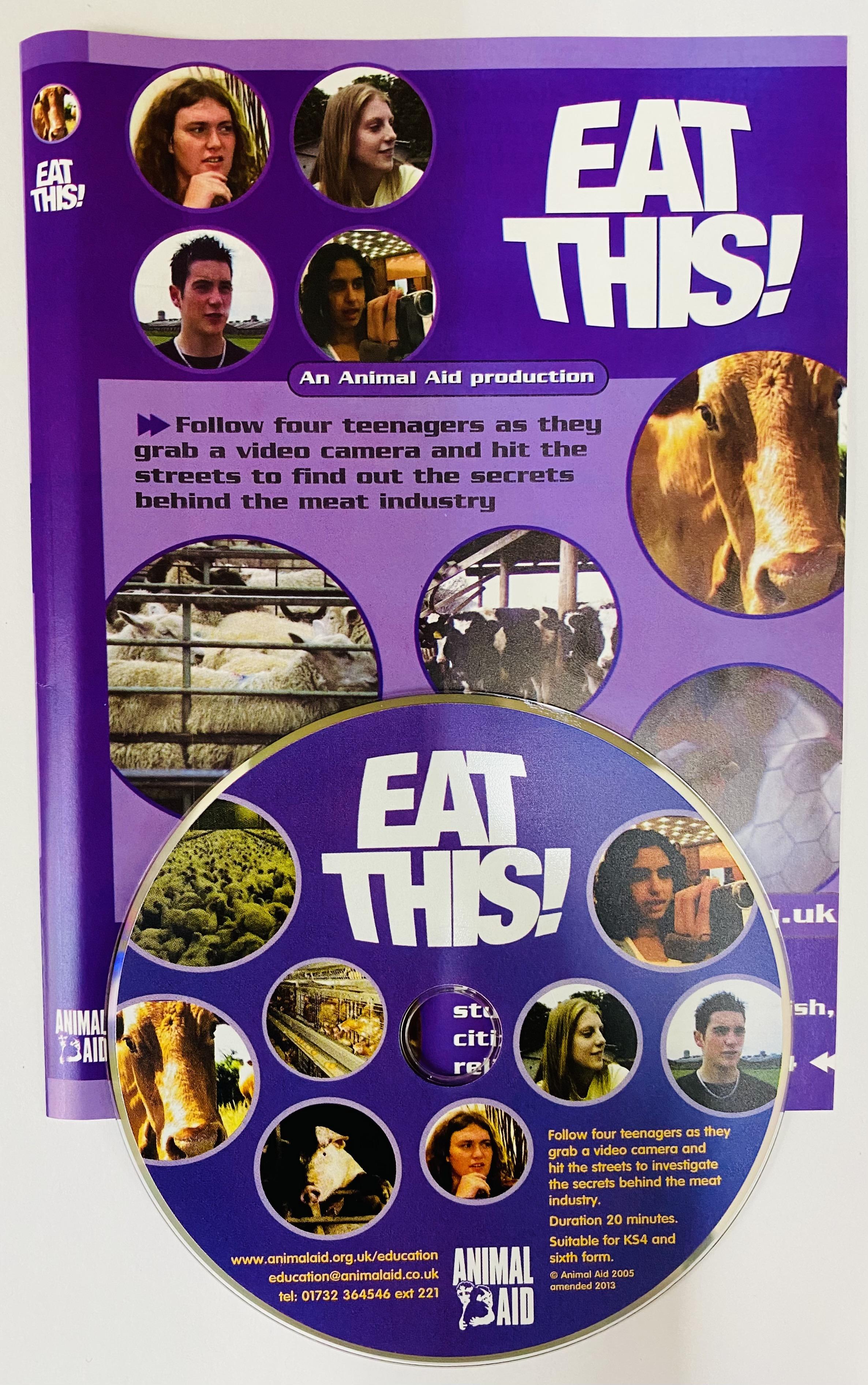 When Animal Aid threw down the gauntlet to teenagers to make their own video about the reality of the meat industry, four fearless young people with very different opinions decided that this was too good an opportunity to miss. Eat This!, the movie, is the end result of their hard work and groundbreaking revelations.

Watch as the four teenagers embark on their journey: Matt and Fatima are both stalwart meat-eaters; Camilla is a long-term vegetarian; and Alan is the sole vegan of the group. They come together to make this unique fly-on-the-wall documentary, which sees them tackling farmers and their own consciences alike, getting turfed out of supermarkets and creating an electric group-dynamic.

The 20 minute film is hosted by MTV music presenter, Tim Kash, who probes the psychology and reactions of the participants and, at the same time, makes viewers examine their own eating habits and morals. Additionally, the film is cut with jaw-dropping facts and figures from health professionals, and eye-opening undercover footage from inside factory farms.